The Jefferson clan turned out to the Big Apple in full force for draft day in June of 2004, and with good reason. Al had received a commitment from the Miami Heat they would select him if he fell as far as the 19th pick, so he had the comfort of knowing he’d be a first-round selection.

But as the first round wore on, nervousness began to creep in. After over an hour of waiting, Chris Wallace, the Celtics’ general manager, phoned Al’s agent to tell him Boston would select him with the next pick. 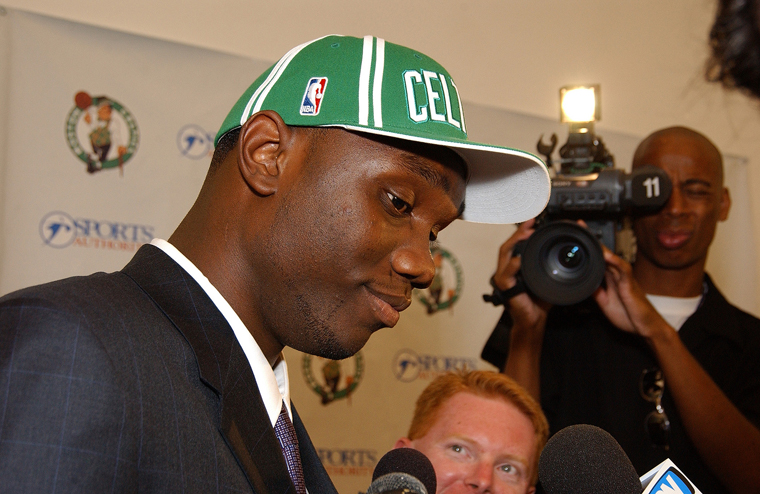 When commissioner David Stern called his name as the 15th pick, the Jefferson family rejoiced. Al would be playing alongside players he’d grown up idolizing; Paul Pierce, Gary Payton, and Ricky Davis among others. His dream had come true, and he was officially an NBA ballplayer.

Now, it was time to get down to business.

“So they called my name,” he thought to himself. “Now it’s time to prove myself—that I’m a man in this league.”

Being the first high school player ever be drafted by the storied Boston Celtics carries a boatload of expectations, but Al proved from the moment he arrived in training camp he was up to the task.

He studied the veterans’ every move, and put his ferocious work ethic on display day in and day out. The results on the court were respectable for a 19-year-old rookie, with Al posting solid number in points (6.7) and rebounds (4.4) in just over 14 minutes a night.

The Celtics earned a spot in the Eastern Conference playoffs, and in game six Al was thrust into a crunch-time situation. The game against the Indiana Pacers had gone to overtime, and the team’s star player, Paul Pierce, had been ejected. Al knew his teammates needed him to step up, so he skied for the opening tip and won it to start the overtime, and seconds later scored on a lay-up to give the Celtics a lead they’d hold on to for good.

While the Celtics didn’t advance in the playoffs, Al had announced to rest of the league that a future star was developing in Boston.

With the promise of a productive rookie season came heightened expectations from Celtics Nation for Al’s sophomore campaign. It left something to be desired, however, as he was limited to just 59 games after suffering a bone bruise in his ankle in a game against the Los Angeles Clippers.

He attempted a comeback in the second-half of the ’05-’06 season, but was put back on the shelf after just 12 games. The pain was too much to bear, but fans perceived Al’s inability to explode and fight in the paint as a lack of toughness.

“People didn’t really understand how much it hurt,” Al said of his ankle.

Over the summer, Al used all the criticism being thrown his way as motivation, and came back to training camp in the best shape of his life. He had hired a personal chef in the offseason, and came in at a trim 255 pounds, his body fat below 8%. Now with the body of a Greek statue, Big Al was ready to get his mojo back.

His 2006-2007 season would get off to a late start, however. Upon returning from participating in the Las Vegas Summer League, Al was still experiencing pain in the ankle he had hurt the following season. A CAT scan revealed bone spurs in the ankle, with surgery the only alternative. After the August 2 procedure, Al was finally healthy, or so he thought.

An emergency appendectomy sidelined him after the first four games of the season, causing him to miss the next seven games. On November 23, Big Al was finally healthy and back in the lineup for good, and the result was the coming out party for the NBA’s next great big man. 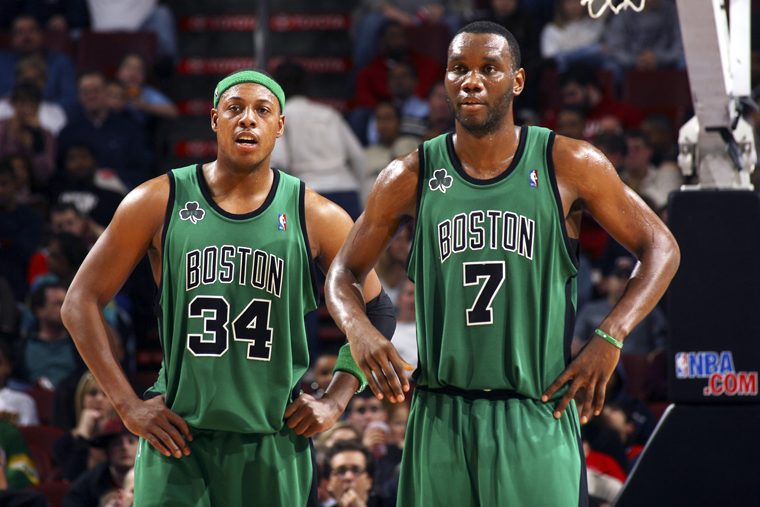 Already averaging higher totals in points and rebounds, Al was placed in the starting lineup after injuries to three post players, including starting center Kendrick Perkins. With increased minutes came increased production, and Al made his presence felt night in and night out. He averaged 16 points and 11 rebounds over the next seven games, and in March earned the NBA’s Player of the Week honor for the Eastern Conference.

When the season was over, Al had averaged a double-double, notching 16 points and 11 boards a night. He had solidified himself as a rising star, but the Celtics as a team were floundering. They were a franchise at a crossroads, a mix of young talent and veteran leaders like Paul Pierce. The front office had to decide whether to move players like Pierce and commit to a complete rebuilding effort around players like Al, or trade their young talent for veterans who could bring immediate success.

Still, Al felt comfortable with his situation, and felt like he had done enough to warrant an extended stay in Beantown.

[Continue to the next section of Al’s career: Minnesota]