Born on January 4, 1985, in Monticello, Mississippi, Al spent his childhood in the small nearby town of Prentiss, complete with a population of just 1,500. The Jefferson family was a staple of the Progress community, a close-knit, predominantly black section of Prentiss.

“Everybody knows everybody.” Al said of his hometown in a 2008 Interview with Citypages.com. “It’s a country town, a relaxing town.”

“I’m the type of guy, if I’m committed somewhere, I put everything into it. My heart. My soul.”
— Al Jefferson

While his mother Laura worked as an assistant teacher in Prentiss Elementary School, Al’s father was killed in a work-related accident when he was very young, leaving him without the guidance and discipline a father figure provides. 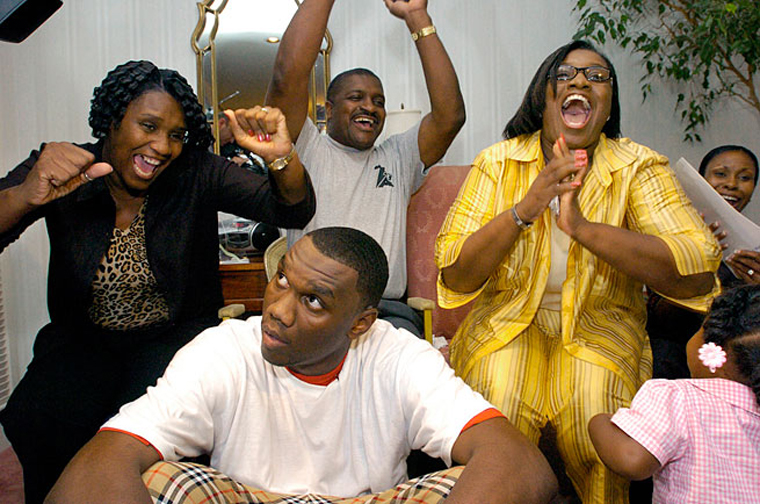 He had a strong support system around him – his grandmother, Gladys Jefferson, lived on the same property as Al and his mother, and several other family members lived in the nearby town of Progress. But not having a father in his life allowed Al to find his way into trouble as a boy.

“Al was very mischievous and he loved attention,” his uncle, Dr. Ceroy Jefferson said. “He would do whatever it took to get people to notice him. He loved being the center of attention. And with that mindset, it got him in some trouble.”

Al entered his teen years, though, and an incredible growth spurt saw him sprout into a 6’4” eighth-grader, and saw him discover what would become his first love; basketball.

“He was just a big ole clumsy-looking kid,” Prentiss High School coach Lonnie McLemore said. “He wanted to play with the ninth-graders as an eighth-grader, and he’s been excited about the game ever since.”

Al started as a freshman for Prentiss’s varsity squad, and it was evident he possessed superior athletic ability in addition to his now 6’8” frame.

But it was in his junior season where he became one of the elite players in the country, drawing the attention of both college coaches around the country, and the scouts of the NBA.

The Prentiss High School basketball team had been known as a Jekyll and Hyde-type squad, with Al its premier player. When the playoffs began for the 2002-2003 season, Al took his team on his shoulders and willed them all the way to Mississippi 3A State Championship Final.

He averaged 44 points over the Bulldogs’ three-game run and was the driving force behind capturing the 3A crown.

“At the end of the season, we all stepped out as a team,” Jefferson said. “Once I got my feet wet at the Coliseum, every game it seemed like we got better. Once we clicked, I knew we’d win.”

That he viewed the championship as a team accomplishment in spite of his tremendous performances came as no surprise to those closest to him. Known as one of the most polite young men you could ever find, the budding star now known as “Big Al” never let his increasing popularity go to his head.

“Sometimes, the only time you know Al’s there is if you see him,” said PHS assistant principal Willie Armstrong when Al was a student. “He’s a good kid. I wish we had more Al Jeffersons walking around.” 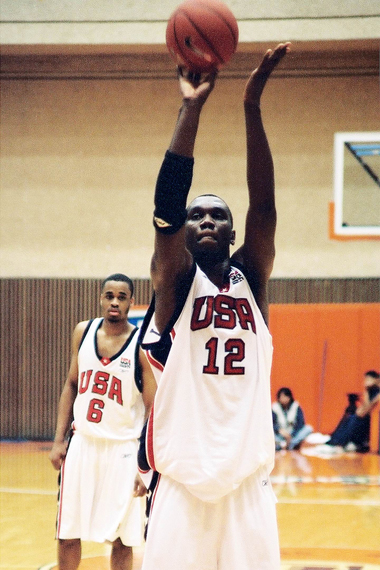 While he possessed freakish athletic ability and an NBA-ready body, his humility and loyalty showed what kind of person teams at the next levels were hoping to get their hands on. After his dream junior season, Al was given the opportunity to play for the US Junior National Team, an honor bestowed on only the nation’s top high school players.

But the now 6’10” phenom had already committed to play for a local AAU team, the Jackson Tigers, so he turned down the offer thousands of kids across the country dream of.

“He’s done some things a lot of kids wouldn’t do,” said University of Arkansas’ head coach Stan Heath. “It took a lot of loyalty to play with the AAU team he’d been playing with. That showed me something.”

Heath was hoping to bag the man-child from Prentiss for his rebuilding program, and Al had narrowed down his top three college choices to LSU, Mississippi State and Arkansas after his junior year ended.

He scheduled visits with all three schools, with Arkansas the first on the docket.

“Arkansas was the first campus we visited, and it was very impressive,” Ceroy Jefferson said. “He wanted to go to a university (program) that was rebuilding, and that was a strong drawing card. The facilities there were unbelievable, the campus was unbelievable, and they have an academic counselor who travels with the team, and he makes sure that even when they’re on the road that their work gets done. They knew exactly what to tell me.”

“On the way back, he told me, ‘my mind’s made up. That’s where I want to go.’ And he canceled his other two visits.”

His mind made up to join the Razorbacks after graduation, Al received an invitation at the end of the summer to attend the great Michael Jordan’s basketball camp in California. At the end of the camp, Jordan divided the campers up into two squads for a pickup game, and Al had the good fortune on being on No. 23’s side. The high schooler with a moment he’d never forget.

“Michael told me the play before, ‘Big man, run the floor and I’ll feed you.’ About the time I got down the court, the ball was coming for me.”

The result was a ferocious alley-oop dunk, off a feed from His Airness.

“Twenty years from now, I can tell my kids about it,” Al said at the time.

But the experience raised more questions than excitement.

Did it prove he was ready to play with the big boys in the NBA? Was college the right decision?

“Michael Jordan told me the play before, ‘Big man, run the floor and I’ll feed you.’ About the time I got down the court, the ball was coming for me.”

Pro scouts from virtually every NBA organization made the pilgrimage to Prentiss to see Big Al torch opponents as a high school senior. He didn’t disappoint, dominating his competition and earning a spot in the McDonald’s All-American game, as well as All-American nods from Parade and USA Today. He was also named a finalist for the Naismith Award, granted to the nation’s top prep school player, and was named Mr. Basketball in the state of Mississippi. 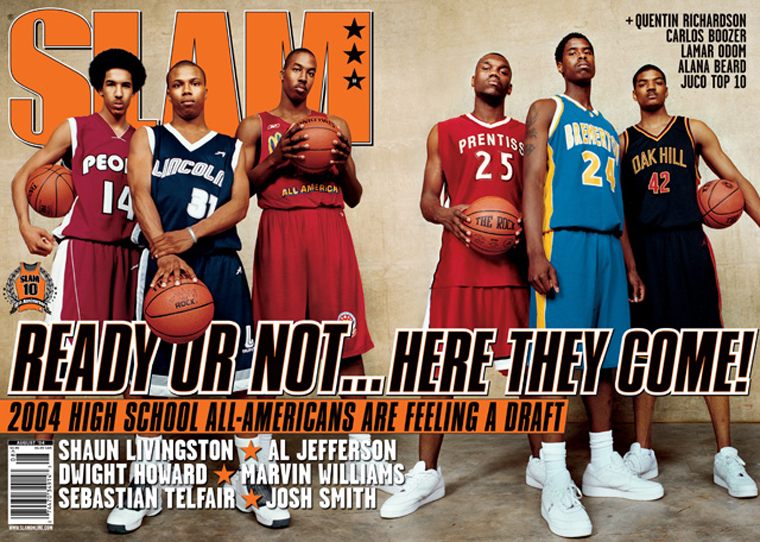 Averaging 44 points over the course of his decorated high school career proved Al was ready to take on the college game. But after consulting with his friends and family, he decided to forego his scholarship to Arkansas, and pursue his dreams by entering the NBA Draft.

[Continue to the next section of Al’s career: Boston]