The Triplets defeated the 3 Headed Monsters 50-39 on Sunday in New Orleans to advance to the Big 3 championship.

Al Jefferson scored 10 points and grabbed four rebounds as the Triplets cruised to their eighth victory of their inaugural season in the BIG3.

Big Al’s first field goal came off of a nice feed from Joe Johnson to put the Triplets up 5-2. For his second field goal, Big Al faked a shot, getting Mario Chalmers to bite, and then pivoted by him to lay it in.

In the second half, the 34-year old Jefferson turned back the clock. Big Al delivered back-to-back emphatic one-hand slams to increase the Triplets’ lead to double digits, 34-24. 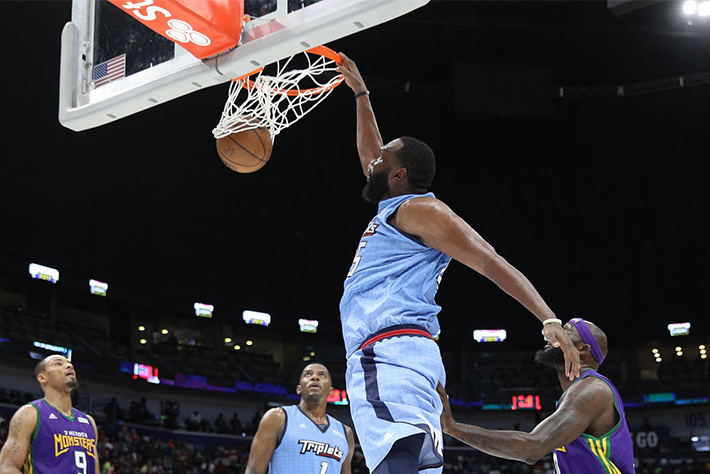 For the rest of the second half, Iso Joe did what he has all season and carried the Triplets the rest of the way. Johnson scored nine of the Triplet’s last 16 points to close out the win, and he sealed the victory by nailing a contested three.

The Triplets will take on the Killer 3s this Sunday at the Staples Center to determine who walks away as the 2019 BIG3 Champion. The Triplets and Killer 3s have yet to play this season, so their first ever matchup is sure to be a dramatic one. Tip-off is set for 4:00 p.m ET.