Triplets Come Back to Stay Unbeaten

Al Jefferson and the Triplets came back from a double-digit halftime deficit against the Bivouac to win their third straight game and remain undefeated on Sunday afternoon at the State Farm Arena in Atlanta with a dominant second half performance.

Big Al scored two points and grabbed three boards as the Triplets came from behind to defeat the Bivouac 51-45. The Triplets are now one of just two teams without a loss this season, with the other being the Killer 3’s led by Stephen Jackson.

The Triplets found themselves down 25-14 at the half, but then outscored the Bivouac 37-20 in the second half behind their captain Joe Johnson, who has been the star of the early season in the BIG3. 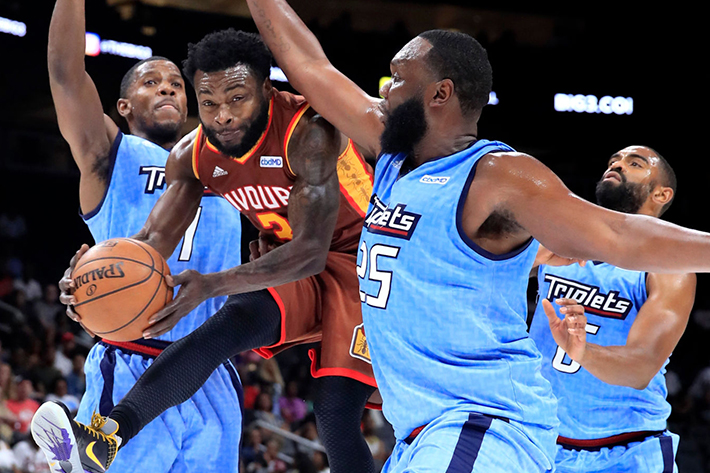 Next weekend, Big Al and the Triplets travel to Brooklyn to take on Tri-State. The team is coached by NBA legend Julius Erving and is led by former NBA players Jermaine O’Neal, Amar’e Stoudemire and Nate Robinson, though Stoudemire is eyeing a potential NBA return.  Tip-off is set for 12:00 p.m ET at the Barclays Center.