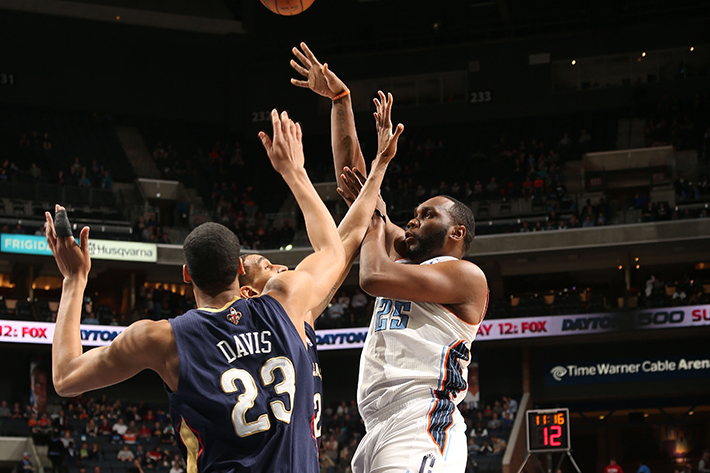 Five years later, Davis has blossomed into one of the brightest stars in the game, but on that February night in 2014, Big Al showed Davis that he had more work to do to get to the top of the game.

Big Al dropped 33 points and grabbed 10 rebounds in a 90-87 Bobcats’ win. Charlotte jumped out to an early lead and never looked back, holding the Pelicans to just 32 points in the first half.

Of Big Al’s 33 points, 14 came in the first quarter, where he showed he versatility, knocking down mid-range jumpers, showing touch on his hook shot and displaying his strength by powering his way to the rim for easy layups and dunks.

Later in the game, Jefferson utilized his array of post moves to spin around Davis for some finishes around the rim and build the Charlotte lead.

The Pelicans made a run late, but solid defense and clutch free throws from Kemba Walker cemented the victory for Charlotte. The Bobcats were having a successful season and ultimately made the playoffs that season, which was a major step forward from the few seasons prior and Big Al’s dominance in the paint was a big reason for that success.